By jchristieconnolly May 5, 2016 Musings and Reflections
No Comments

Greetings one and all! In case you are not aware (or may have forgotten), my name is Mostomescu Plavenka. My friends call me Thomas. I have one special friend that calls me Thomacita, for reasons completely unknown to me. Perhaps it is because of my insistence at being fed in a timely manner? Be that as it may, I have some wonderful news to share with all of you. I recently received a catogram from my dear brother Henry (named after my grandpaw). A few years ago, Henry had gone wandering and started sending back catograms from the many places he visited. The last one we received, he was in San Francisco, enjoying the sights and sounds of Pier 39. He had even managed to hide away on one of the ferries that shuttle tourists back and forth to Alcatraz. He said that is one place he was glad to be able to leave.

In his most recent catogram, he relayed that he had jumped aboard a ship that had been tied to a dock. From his description, I do believe it was a rather small vessel, though sturdy. Sturdy enough to convey him across the Pacific, with a few stops in Canada and Alaska. He said crossing the Bering Sea was an adventure for certain, and not one for the faint of heart! Worth every pulse-pounding second though. I must admit, as I read through his letter, I was envious. I have always dreamed of retracing the steps of my great-great-great-great-grandpaw Tomescu Plavenka, journeying to the land of his birth, perhaps seeing what may be left of the seaport town of Felinovska.

He continued recounting his adventures and finally, as he was readying to close, came to the point of his missive. He had arranged passage for me aboard the ship that had conveyed him across the Pacific, and would meet me at the docks in Felinovska! I couldn’t believe my eyes. All that was needed was for me to find my way to San Francisco. I reread the letter, to be certain that my eyes were not playing tricks on me. No, there it all was in black and white. The ship would be docked at Pier 44 in San Francisco. I needed simply to board the ship and find the first mate. My brother assured me that he had given ample description of what I look like to the mate, so there would be no mistake.

And that dear friends, is where I am at this very moment. Happily aboard the grand vessel Destiny, bound for the eastern coast of Russia, 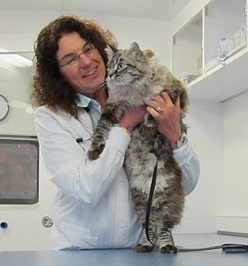 the port-side town of Felinovska. Who knew it would still exist? It all happened so quickly, there was barely a moment to think. In less than a week, I received the letter, booked transportation to San Francisco, and was aboard the sturdy little vessel. The day I received the letter just happened to be the day that my own Dr. Deb happened to be in town to perform a previously booked dental procedure. I was able to ride back to Santa Cruz with her. From there it was quite simple to catch a ride into the City by the Bay. From letter to departure was just over 5 days. 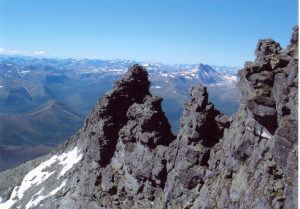 However, the reality of my situation has finally caught up to me. As thrilled as I am to be off adventuring, my heart aches for those I have left behind. All my ladies at Bear Creek have been so wonderful to me over these many months. They were so kind and generous to take me in, feed me, love me, care for me. They were thrilled with the opportunity I was presented with, and made sure I had plenty of supplies to see me through until I reach my destination. I shall be the best-fed vagabond this side of the Ural Mountain chain.

I must also extend my thanks to my girl Cindi, who has been my scribe these past few months. As I was telling her my news, she grew quiet. I finished my tale. She picked me up and cradled me in her arms, my head on her shoulder. Then she pulled me away from her ever so slightly and grinned.

“Thomas, that is wonderful news! I am so happy for you. What an adventure you will have, and to be reunited with Henry will be absolutely amazing! I have some news of my own, and am stunned by the timing of it all.”

She went on to tell me that she had also been offered the chance of a lifetime. She was offered a new position with a different company, closer to her home, with a chance to increase her knowledge as well as her skill set. She had accepted the position just the day before, and had only that morning told the rest of our “family” at Bear Creek.

And so, my friends, the Musings of an Office Cat come to a close. For now. I may be hanging up my pen, but I have no doubt that when the right Office Cat comes along, many more words of wisdom shall flow forth. In the meantime, keep an eye on my ladies, and let them know I miss them. And if you happen to think about it, take them some chocolate. It’s their catnip.